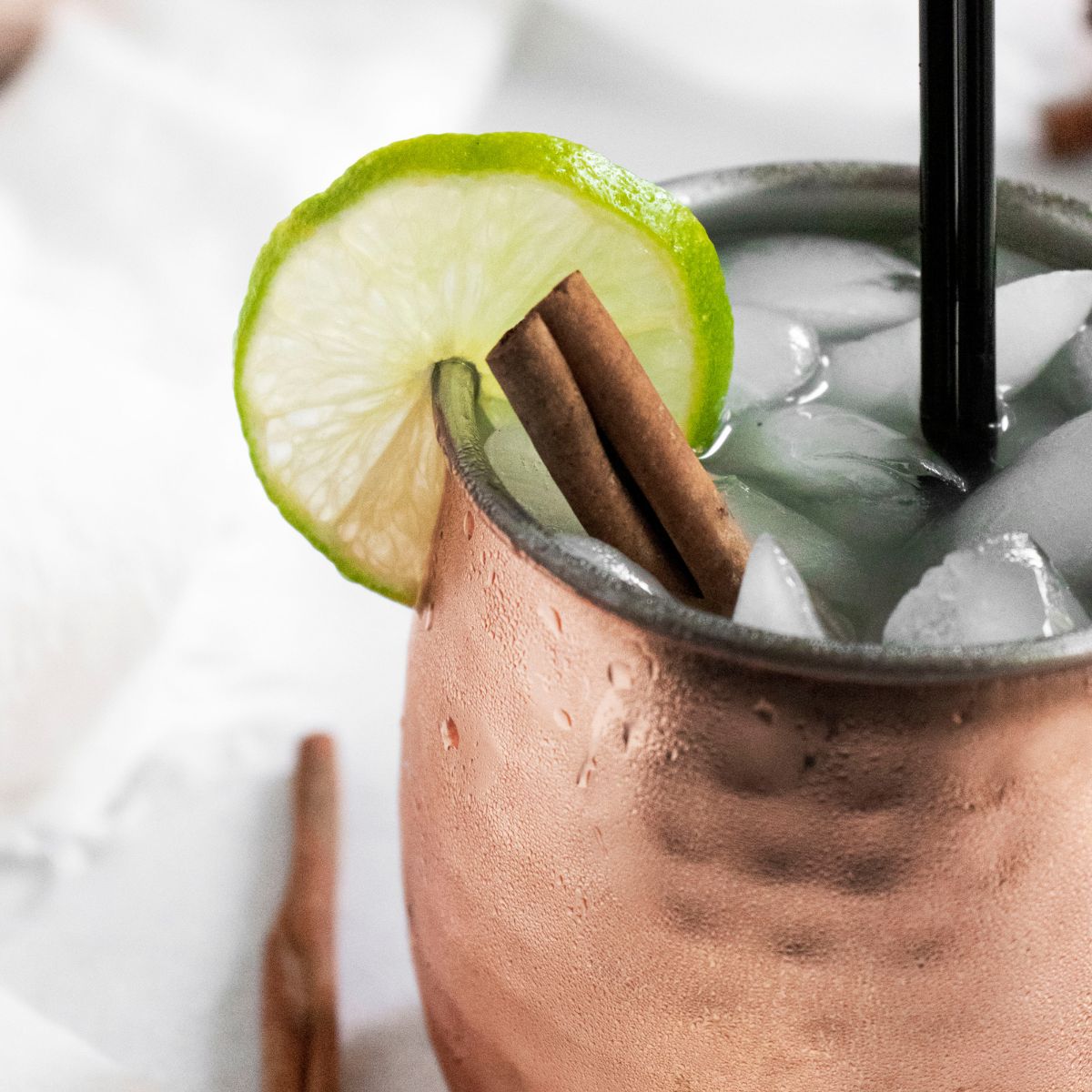 Why settle for a traditional Moscow mule when you can enjoy the flavors of this Fall Moscow Mule? This is the perfect fall cocktail that you won’t find at the grocery store! Channel your inner bartender and whip up this cocktail recipe with the perfect fall twist. This is one seasonal spin that your tastebuds will love!

Once the fall months arrive, all I can think about is this spicy Moscow mule. Adding the spicy ginger beer paired with the sweetness of the cinnamon syrup is seriously one delicious autumn twist. During this time of year, grab your favorite Moscow mule mug, and treat yourself!

If you’re looking for another fall cocktail recipe, why not check out my Pumpkin Spiced Latte recipe? You can’t ever get enough of that pumpkin spice flavor. Don’t forget to try my Spiced Pumpkin Scones for more fall flavors too!

For the Cinnamon Syrup

Add water, brown sugar, and cinnamon sticks to a small pan and heat on the stove. Bring the mixture to a boil and cook until the sugar dissolves. This will take about 3-5 minutes.

Remove the pan from the stove and let the mixture steep for 30 minutes.

Take out the sticks of cinnamon and add the mixture to an airtight container. Store this syrup recipe in the fridge for up to 2 weeks.

Add ice, and then add your favorite ginger beer.

Add a slice of lime and a stick of cinnamon. Serve.

When should I serve this easy fall cocktail?

This delicious fall twist can be served at Thanksgiving dinner, Christmas parties, and even when you’re sitting on the porch and watching the sunset during a crisp autumn evening.

Do I have to add ice cubes?

Yes, this classic cocktail needs to be served chilled. You can serve it in a stainless steel cup, a chilled copper mug, or even in a mason jar if you want. But always serve it with ice.

What is the best garnish for this festive cocktail?

Due to the spicy ginger flavor, a squeeze of lime is always a good idea. You can also add an apple slice to pair with the fresh lime juice or a lime slice as well. 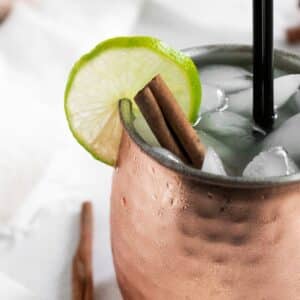 For the Cinnamon Simple Syrup

We are a participant in the Amazon Services LLC Associates Program, an affiliate advertising program designed to provide a means for us to earn fees by linking to Amazon.com and affiliated sites.